Newcastle-upon-Tyne is one of the most populous, prosperous and culturally significant cities in the North East of England and contains a number of famous buildings. 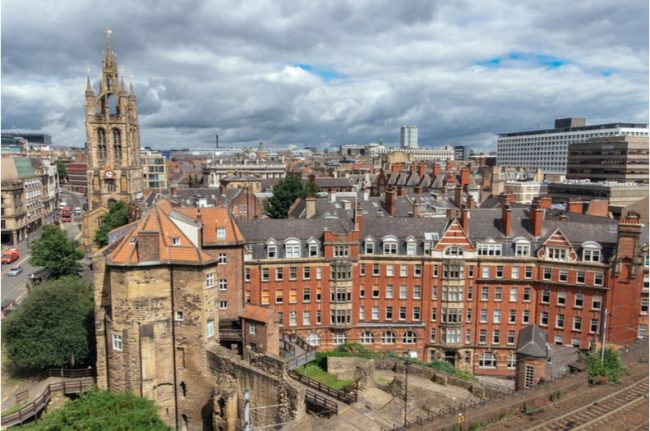 The Castle, built during the late thirteenth-century, is the oldest building in Newcastle and consists of a rectangular keep as well as a fortified gatehouse. This famous building, after which the city of Newcastle was named, occupies the site of a former Roman fortification and later motte-and-bailey castle. Castle Keep and the Black Gate, built of stone and occupying a natural defensive position on the River Tyne, are owned by English Heritage and open to the public.

Newcastle Train Station, designed by John Dobson, is a major transport hub in the North East of England. Dobson, who had designed the Church of St Thomas the Martyr in Newcastle and the Collingwood Monument in Tynemouth, was hired to design the building by a famous railway financier who had business interests in the region. Queen Victoria opened the building, built to a Romano-Italian design, in 1850 and today the station is designated as a Grade I listed building.

The Discovery Museum, situated within the walls of Blandford House, exhibits an impressive collection of scientific artifacts to the public and is one of the most famous buildings in Newcastle. Notable features of this science museum include Turbinia, the first ship to be powered by the compound steam turbine that Charles Parsons had invented, and a collection of incandescent filament lamps from the nineteenth-century that were designed by Joseph Swan.

Bessie Surtees House, located in the Sandhill area of Newcastle, is a grade I listed building that consists of two timber-framed buildings that were built during the reigns of Elizabeth I of England as well as James I of England and VI of Scotland. The multi-storey houses, now the headquarters of the North East divisions of English Heritage and Historic England, were owned by wealthy merchants who lived in the city during the Tudor and Stuart periods.

We are one of the leading loft conversion specialists in the Middlesbrough and North East area, we focus on making every conversion project we undertake as easy and stress free as possible for our customers.